BOOK A PSYCHIC READING WITH MALCOLM

What’s The Difference Between Psychics and Mediums? 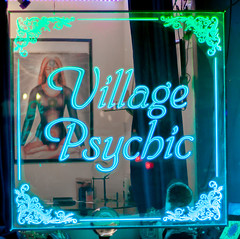 Its not uncommon that people get confused when talking about psychics and mediums and not all people understand the difference between the two. What just might shock you is that these different types of readers are not just different but totally and completely different from each other. A psychic is not a medium and a medium is not a psychic. Although yes, it is common with psychics and mediums and if they are one that they usually have some ability in the other but no where near as developed.

Mediums communicate with the souls or spirits of the deceased and some times of those that have not yet been born. In fact, mediums do not make psychic predictions or give any psychic like information unless it is a message that was given to them by a deceased persons soul or other such spirit. Psychics and mediums are very different from each other and although some people will confuse the two they are not the same in any way and really shouldn’t ever be allowed to be confused but it happens all the time. You wouldn’t call a baker to find out about barbecuing steak would you?

A Little About Psychics:

Psychics provide insight and psychic prediction on coming events, they can also some times tell you about the feelings and emotions of others as well as past events. A person who is a psychic and not a medium does not contact spirits or souls in any way. Although psychics and mediums do tend to have a little skill in the one that they are not, you need to see that there is a difference between the two. You don’t want to call a medium to talk about getting a promotion at work and you don’t want to call a psychic to find out about your deceased Grandmother. Its actually a little funny when you think about it.

The bottom line is that psychics and mediums are very different and although a psychic may have a touch of the ability that a medium has and medium may have a touch of psychic ability it doesn’t mean that they are any where near the same things. For years these types of readers have been confused and that can create a frustrating situation for both the psychics and mediums as well as their clients who didn’t know that there was a difference between the two. Its not fault of the clients that contact the readers but more the fault of movies and other such productions that blur the lines between the two and don’t bother to show that there is a real difference between psychics and mediums.

A video about how psychics and mediums work, it about 12minutes long and I thing he gives a pretty good explanation

There are good psychics and mediums and there are some charlatans.

Even the best ones are only expected to get 65% to 95% correct and even they have some off days.

When Should You Call a Love Psychic

Are you wanting to become a medium or psychic reader? Then before developing psychic abilities towards this goal, you may want to ask yourself why you want to become a medium. Are you none judgmental, and do you respect others? You will require all...
Read More

Psychic Abilities – Does Everybody Have Them?

The steps into developing your psychic abilities imply discovering, practising and learning how to use your inborn skills. It is required that you spend many hours practising, after you know some basics about this kind of abilities and become familiar with them. After...
Read More

All About Psychic Email Readings!

Did you even know that you can get a psychic email reading? Most people don't know that some psychics offer an email service. Generally, an email reading is not that expensive considering how much content you will get. A typical email is about 1,000 words. Of course,...
Read More

Are there Different Types of Psychic Readers?

6 Tips On How To Do A Psychic Reading

How To Do A Psychic Reading Divination is really a serious undertaking, the way in which a psychic reading is carried out, sets the mood for the whole reading. The truth is a psychic reading ought to be conducted in an easy, yet sincere manner and the reader should...
Read More

Would You Like To Know If You Have Any Psychic Ability?

A psychic ability test can give you some insight as to whether or not you have the ability to do psychic readings. Although it is important to know that an ability test can not always determine if are psychic or not. The reason for this is because there are several...
Read More

What Is A Pet Psychic?

A pet psychic can empathize with an animal Sometimes some of us will need to know what their pets are feeling, thinking and going through.  Some may find themselves bothered when they do not know what’s going with their pet, especially if their pet is new to their...
Read More

Psychic Phone Reading Tips You may have been thinking about getting a psychic phone reading for a long time but you have never actually done so and now you have made the decision to finally go for it. The first thing that you need to know is that you shouldn't just...
Read More
We use cookies on our website to give you the most relevant experience by remembering your preferences and repeat visits. By clicking “Accept”, you consent to the use of ALL the cookies.
Cookie settingsACCEPT
Manage consent

This website uses cookies to improve your experience while you navigate through the website. Out of these, the cookies that are categorized as necessary are stored on your browser as they are essential for the working of basic functionalities of the website. We also use third-party cookies that help us analyze and understand how you use this website. These cookies will be stored in your browser only with your consent. You also have the option to opt-out of these cookies. But opting out of some of these cookies may affect your browsing experience.
Necessary Always Enabled
Necessary cookies are absolutely essential for the website to function properly. This category only includes cookies that ensures basic functionalities and security features of the website. These cookies do not store any personal information.
Non-necessary
Any cookies that may not be particularly necessary for the website to function and is used specifically to collect user personal data via analytics, ads, other embedded contents are termed as non-necessary cookies. It is mandatory to procure user consent prior to running these cookies on your website.
SAVE & ACCEPT